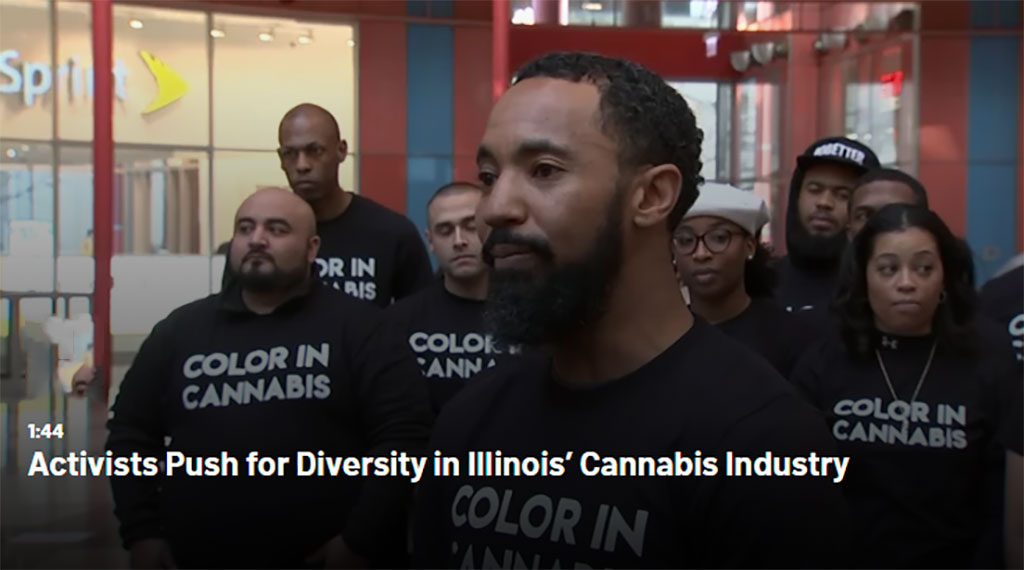 As marijuana sales in Illinois get off to a roaring start in 2020, three dozen entrepreneurs gathered at the Thompson Center to apply for dispensary licenses.

State officials say that dispensaries brought in nearly $3.2 million in sales on the first day that recreational cannabis was legally available, and the group of entrepreneurs looking to open up other dispensaries in the state are hoping that the financial windfall will also benefit minority business owners.

“When you talk about retail, about 1 percent of businesses nationwide are owned by people of color,” Ron Holmes, co-founder of the Majority-Minority Group, said. “We are trying to change that.”

Thursday was the last day for interested parties to apply for an additional 75 dispensary licenses made available by the state of Illinois. The group that gathered Thursday to apply for those licenses are hopeful that the next round of dispensaries will go to primarily minority owners.

“We are here because this is a great opportunity to bring about some critical change and parity to a system that hasn’t had it in so long,” applicant Tiffany Hightower said.

Former State Senator Toi Hutchinson, who was hired to oversee the state’s recreational cannabis program, echoed those hopes on Thursday, saying that the bill was written to undo some of the damage done under the old law to the state’s African-American and Latino communities.

“I am very encouraged, but we know this is just the beginning,” she said. “This is the end of prohibition and the beginning of what this legal industry is going to look like, and it will take some work.”