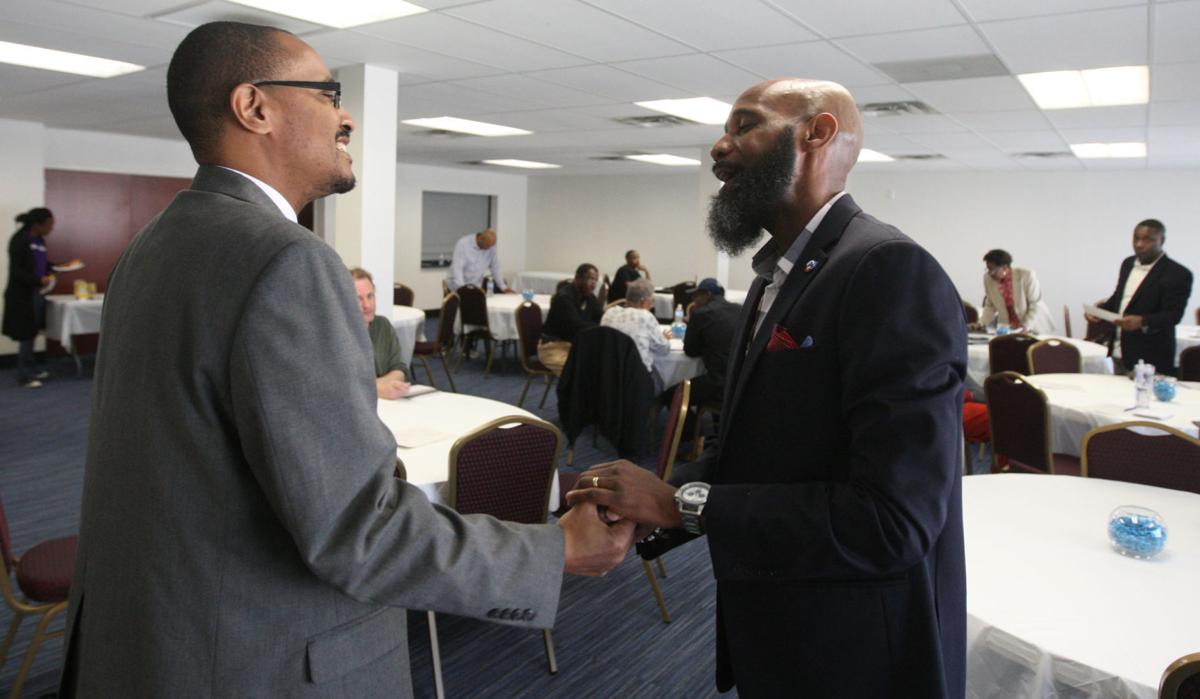 by Tom Lisi for Herald & Review

DECATUR — One problem remains three years after the city council approved an ordinance to give more opportunities to minority-owned businesses on public works projects: The small pool of qualifying businesses.

The mandate requires contractors on city projects to make a “good-faith” effort to have 10 percent of subcontracting work done by minority-owned businesses, defined as racial or ethnic minorities. The goal is to ensure a more level playing field for minority businesses that have historically not had a seat at the table for construction contracts paid for with taxpayer money, one reason some African-American business leaders say people look for work elsewhere.

“A lot of people are leaving because they have no opportunities,” said Darrell Reynolds, owner of New Beginnings Contractors Inc. and a member of the Metro Decatur Black Chamber of Commerce.

But not all parts of the goal have been met. City staff released data this month showing that in the life of the policy, just 1.3 percent of that work has gone to minority-owned businesses. Deputy City Manager Billy Tyus said the number needs to improve and staff are currently looking at the issue.

“There is a lack of (minority) contractors not just in Decatur but across the state, and I believe that Decatur could be a center of excellence for developing emerging contractors, not only to perform work on city projects, but on projects outside of our community,” said David Tyrolt, president of Dunn Co., an asphalt contractor and producer in Decatur.

While the city does not require state certification, the Illinois Department of Transportation and the Department of Central Management Services handle billions of dollars of government projects each year and have long had a system in place for businesses owned by minorities, women, veterans, and people with disabilities.

A Herald & Review analysis found that 84 percent of the 920 minority-owned businesses certified by CMS are in the Chicago area, while just four certified minority businesses total — two of them outside the construction industry — are in Macon County.

Likewise, in IDOT’s broader program that includes other categories, such as women and veterans, more than 1,000 businesses are certified. Eleven are inside the region that serves Macon County and the eastern part of Central Illinois.

Part of the discrepancy can be explained by demographics. Chicago and its suburbs are home to much of the state’s minority population and a large share of government work — from roads to building maintenance to healthcare services. Some minority-owned contractors in Decatur say even for them, most of their government contracts are for work up north.

“I’m going to be working up in Chicago all summer this year,” said Mark Tyus, owner of Euroclydon, Inc., whose business does concrete and finishing work. The business is certified by IDOT, a process Tyus said took 18 months.

The minority business ordinance has had a degree of success. Its second goal, that 18 percent of works on projects areminorities, has been surpassed, according to city staff. Since 2015, more than a quarter of works on city projects have been racial or ethnic minorities.

But some of the few minority contractors that are active in Macon County say they are still having trouble winning bids in Decatur for a variety of reasons, including union membership requirements in the state, lack of access to the companies that win bids from the city, and the narrowness of the ordinance, which requires a good-faith effort of prime contractors only if they choose to hire subcontractors for a project.

In 2017, of the 13 projects the city put out to bid, only four prime contractors hired any subcontractors, minority-owned or otherwise, according to Billy Tyus, the city official, who is not related to Mark.

Mary Cave, an associate with the Decatur engineering firm Chastain & Associates, said the ordinance has good intentions, but prime contractors making bids in the city are increasingly taking on the entire project to avoid the subcontracting requirements.

“If it’s really challenging totry to find those subcontractors, it’s almost easier for companies to do it themselves,” Cave said.

The lack of established minority contractors to choose from has been a problem since the city ordinance went into effect. Meanwhile state agencies and the city of Chicago have had policies for decades, in part, due to federal requirements.

IDOT, for instance, has had a policy since the 1980s, which is open to several categories of what are called disadvantaged business enterprises. Those now include businesses owned by veterans, disabled persons, and women, as well as minorities — a structure mandated by federal transportation officials in 2003.

“It just hasn’t been pushed out,” said Reynolds, owner of New Beginnings, one of two minority-owned construction-sector contractors certified by CMS in Macon County. “I think I’ve been (certified) for over 10 years now. It’s been out there, it just hasn’t been exposed (in Decatur).

Read the entire article at: https://herald-review.com/news/local/govt-and-politics/outside-chicago-few-minority-owned-contractors-for-central-illinois-work/article_b746483a-a0e7-5d10-ad71-4e4e7da796b6.html